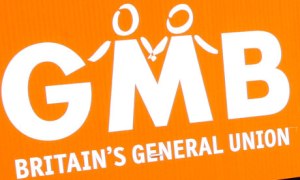 GMB commented on appalling bomb attack in the Turkish capital, Ankara, on Saturday, October 10th where the death toll has reached 128 with hundreds more maimed or wounded.

Bert Schouwenburg, GMB International Officer, said “GMB is outraged by the appalling bomb attack on fellow trade unionists and other marchers for peace in the Turkish capital, Ankara, on Saturday, October 10th. The death toll has reached 128 with hundreds more maimed or wounded and GMB wishes to express its deepest sympathy to the relatives of the deceased.

Trade unionists believe that an injury to one is an injury to all and we stand in solidarity with our Turkish and Kurdish colleagues who are struggling for a democratic, pluralist society within the boundaries of Turkey. We call on the Turkish authorities to do everything possible to bring the perpetrators and planners of this atrocity to justice and ensure that citizens are given adequate protection when they exercise their inalienable right to engage in peaceful protest.

GMB again urges the Turkish government to cease hostilities against the PKK and, instead, engage in dialogue with a view to bringing a negotiated settlement to the decades-long conflict. There can be no lasting peace without the full involvement and participation of the Kurdish community and we reiterate our call for the release of their leader, Abdullah Ӧcalan, in order that he can play a full part in that process.” See copy of GMB press release dated 16th July 2015 on this issue.

GMB is backing a call for the Turkish Government to release of Kurdish leader Abdullah Ocalan, who has been imprisoned in Turkey since 1999.

Bert Schouwenburg, GMB International Officer, said “Ocalan is the spokesman of his people and has played a constructive part in progressive politics in Turkey for decades.

The results of the recent Turkish general election saw the pro-Kurdish HDP make historic gains and broke through the 10% obstacle to achieve representation in the country’s parliament.

The victory for the HDP has transformed the political landscape in the country and it has given hope to the millions of people who want to see a more democratic and pluralistic society.

The party fought the election on a platform of support for talks between the Turkish government and the Kurds which Abdullah Ocalan has been instrumental in developing.

Abdullah Ocalan should now be freed to strengthen the peace process by enabling talks to move forward.

GMB believes that Ocalan has played an absolutely central role in the reduction of tensions and the search for a just solution to the Kurdish problem in Turkey which has existed since the establishment of the Turkish republic under Ataturk.

Abdullah Ocalan has remained consistent in his strong advocacy of a peaceful road to achieving democratic rights for the Kurds and made important proposals to this end on the eve of Newroz, the Kurdish New Year.

The post-election mood in Turkey opens up a new opportunity to move forward on this peace process and all sides should be encouraged to grasp this opportunity. Ocalan’s release would contribute to a just settlement.

Ibrahim Dogus, from the Centre for Kurdish Progress in London, said ‘A peace agreement between Turkey and the Kurds after so many decades of violent conflict and loss of life on both sides will be an important step towards the building of a more pluralistic, open and democratic Turkey and will have a positive impact on developments across the Middle East.’